My grandfather James Filson (1900 -1987) is shown in a photo in uniform perhaps in Ireland.Our family thinks he was working there with horses and he had a bullet wound in his arm.
I have a copy of the photo and wonder if any members could point me in the correct direction of discovering what he might have done. I can't work out how to attach the photo at present.
We know he was a boy cook on the New York ship ferrying provisions across the Atlantic in 1917 and that he was on various merchant ships from 1922-1924 but there is a gap around the time of the Irish war of independence 1920. He lived his entire life in Liverpool.
Thanks in advance for any pointers.

Just so that you don't feel ignored, I've not come across anything so far but if I do I'll come back to you.

Have you by any chance heard whether he might have had a middle name?
MaryA
Our Facebook Page
Names - Lunt, Hall, Kent, Ayre, Forshaw, Parle, Lawrenson, Longford, Ennis, Bayley, Russell, Longworth, Baile
Any census info in this post is Crown Copyright, from National Archives
Top

I think this is the link to the image 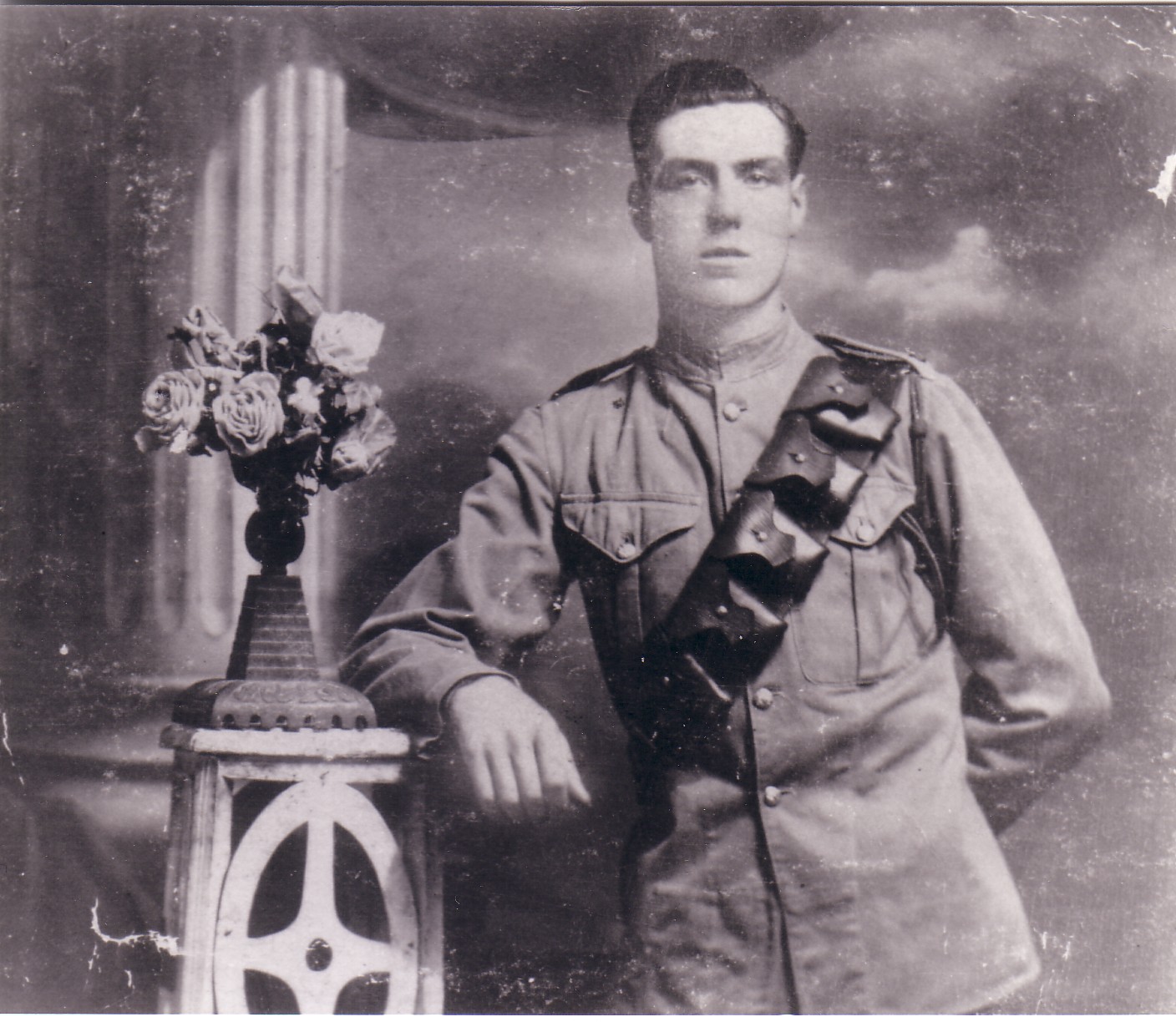 Below an image of a 5 pouch bandolier issued to the Black and Tans, a line of enquiry worth checking out. 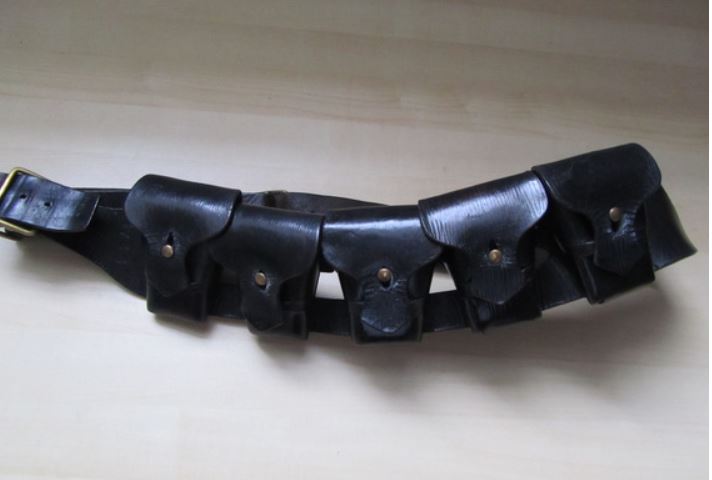 Thanks - that is an amazing lead - I shall follow up.
Here is another photo dated 1918 Rhine saying To Alf from Jim I think the Alf was Alf Radcliffe my grandmother's brother so Jims later brother in law. But I do not know where the Rhine comes in! Sadly there are no surviving medal cards for my James Filson who is the man standing on the right either 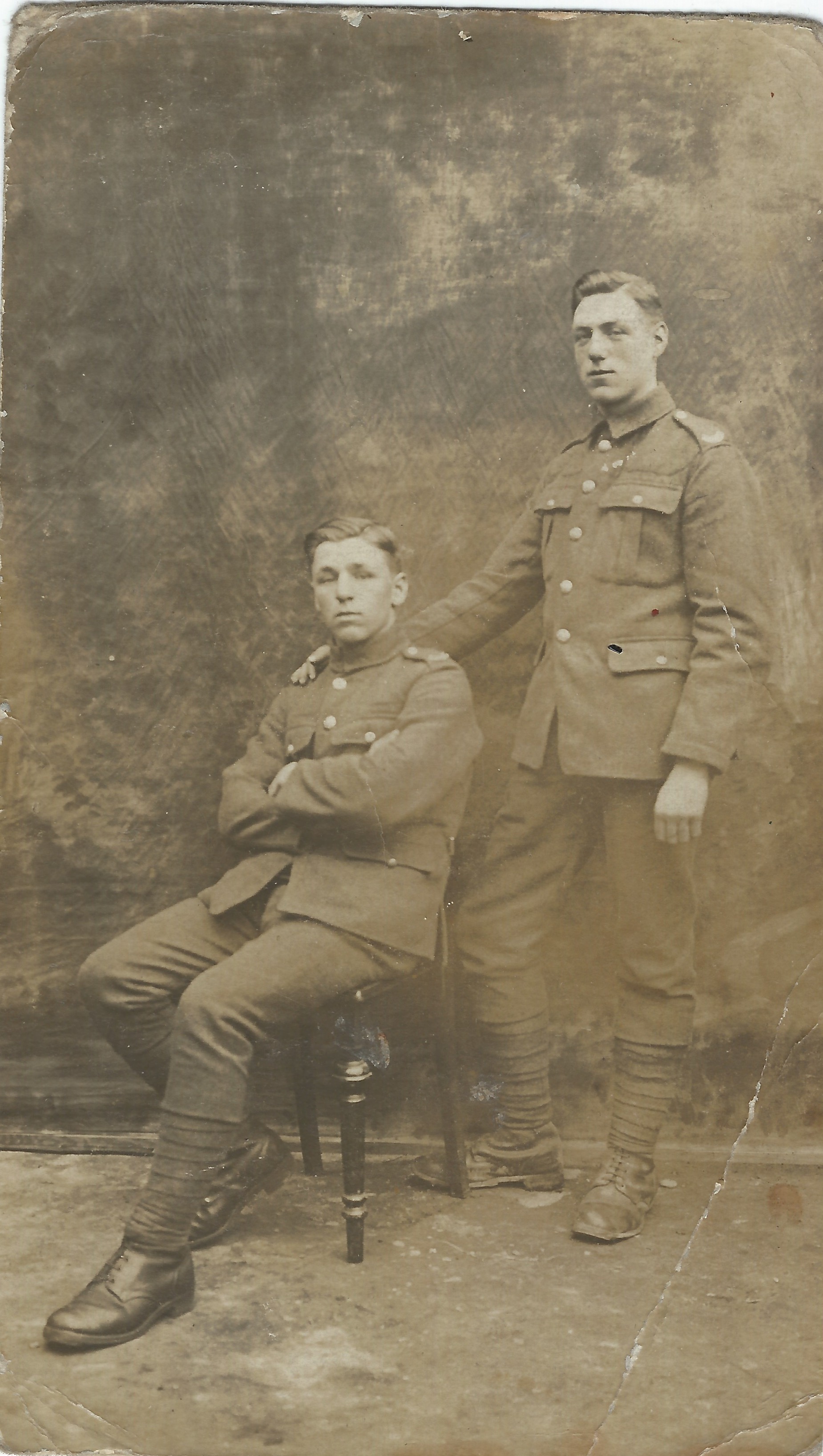 The first photo looks like British Army tropical uniform, a mounted soldier, circa 1900 or perhaps a bit later.

Are you sure it is your grandfather?
Top

Left shoulder lanyard tucked in to pocket? must narrow it down?
Bert
Top

I have discovered from the Royal Irish Constabulary forum that he never served with them and that is not their uniform.
Back to the drawing board!
J
Membership 7273
Searching Filson, Radcliffe, Groves, Evans, Mealey, Rowlance, Williams
Top

Not sure if you mean that the lanyard itself is significant, or the way it is being worn.
I can't really comment on the former, although at the time the photograph dates from its purpose might have been much more practical than usage today.
Speaking from a relatively modern experience of wearing military uniform, I would say that wearing the tail end in the pocket is pretty standard practice. If the lanyard is attached to something like a whistle, the tail naturally goes through the corner of the pocket, allowing the whistle to be extracted with the thumb without opening the pocket. If it would normally be attached to a pistol and the weapon is not present, the loose end is a pain so needs to be anchored. More formal versions of the lanyard (eg the fourragere) are secured using the breast pocket button or a centre button of the jacket, while in undress uniform, it is often tucked in to the pocket as seen in the first photograph, perhaps with something weighty like a clasp knife to keep it in.
As for which shoulder it is on, previously this might have indicated a cavalry connection or horse rider (eg a field officer) since the right hand holds the reins, but in more modern times that no longer holds true. For example a number of infantry regiments today wear their lanyard on the left shoulder.
Top

Thanks to all.
In answer to Mary his name was James Andrew Filson.
Lanyard - he did work with horses in Ireland according to his daughter.
As always this is a reminder to ask questions when people are still living - he never talked about his early life when I was a child.
If anyone has any other ideas I should be very grateful
Membership 7273
Searching Filson, Radcliffe, Groves, Evans, Mealey, Rowlance, Williams
Top

Not sure if you mean that the lanyard itself is significant, or the way it is being worn.


Both really, not an expert myself but would have thought the shoulder it was on and when placed in the pocket may be a clue to which regiment.
Also the colour, even though it's a black and white photograph, the shade is enough to dismiss, white, yellow and gold.

Don't know enough about it but I believe some regiments changed Lanyard shoulders when issued with Bandoliers, James mob doesn't have appeared to have done so, with the Bandolier coming down the left shoulder.
Bert
Top

I am now trying to attack this laterally. Does anyone know which regiments served in Ireland in 1918-1922? - I could then perhaps ask at the relevant regiment museum.
I found some more information about the ships in 1917 at NA but still have drawn a blank on the army service.
Thanks as before for all your help
Jane
Membership 7273
Searching Filson, Radcliffe, Groves, Evans, Mealey, Rowlance, Williams
Top

Found this and can only hope it helps narrow it down, perhaps finding what barracks there were around 1920 may also help.

Thanks - lots of lines to follow now!
I shall report back if I have any success
J
Membership 7273
Searching Filson, Radcliffe, Groves, Evans, Mealey, Rowlance, Williams
Top

1918 Rhine presumably refers to the occupation of the Rhine area by allied armies in December 1918. The British sent in around 250,000 troops and their zone of occupation was centred on Cologne. Are there any other clues on the back of the photo? Are you sure the person standing is James Filson? He would only have been 18 at that time.
Top

Thanks I don't think there is anything else on the back of the photo apart from that mentioned at the top of this post . I am not at home until next week so don't have the original with me. I can look then. I am not sure if it is definitely 1918 - it may be later but am certain it is James Filson and I think his brother inlaw Alf Radcliffe.
J
Membership 7273
Searching Filson, Radcliffe, Groves, Evans, Mealey, Rowlance, Williams
Top
Post Reply
21 posts